DISCLAIMER: This is for my sake alone; it’s something like 2,000 words (yeah) and probably boring. If you’re, say, procrastinating or experiencing severe insomnia or would just happen to enjoy a relatively long account of my college years, read on.

Freshman year:
Moved into the dorms weeks before classes started for soccer preseason. Got to know my roommate—a totally-tolerate Mormon (whew) named Faith Clingen (now Pena). About died during two-a-days. Started classes; fell in love with college and with my college. Joined the existing Invisible Children club and helped host a screening. Got roped into Rush Week; surprised myself and everyone else by pledging a sorority. For a few weeks, had too much good, clean fun with my new “sisters”—then dropped (so not my scene). Made friends with Hinton Foster, the most spontaneous and energetic friend I’ve ever had (laughed and adventured with him until he transferred schools). Suffered through soccer season on the bench, constantly down on myself for letting a miserable team culture affect my game, my spirit; quit the team the day after our last game and replaced it with a volunteer coaching gig.

Started babysitting again. Took my favorite class ever, “Advanced Grammar, Rhetoric, and Composition,” with four ideal classmates and a professor who’d come to be a mentor and one of my closest friends. Let obsession creep back into my life—ran many miles every day (glorious), ate nothing but organic cereal and dry salad (not glorious); this diet resulted in severe stomach pain (my “mystery illness”) that wasn’t diagnosed until after many examinations, an MRI, and an endoscopy (the cure: fewer raw vegetables, more fat—go figure). Experienced my first Corrington Award week; delighted when Joy Williams invited our class to a bar (we declined) and then showed up to her reading smelling of booze, her eyes masked by sunglasses she’d not remove. Went to Key West with Faith for Spring Break; we came back to campus bronze. Turned 18; went skydiving (naturally). Also got tatted—Hinton took me (of course) across the street to SkinWorks, and I got white ink needled into my wrist, two words commemorating a professor’s brilliant speech at that year’s President’s Convocation. Worked with the admissions office to make a hilarious promotional video for the school—“Ellen’s Favorite Things”; was hired as a Student Ambassador, to begin work the next year. Discovered the Norton gardens during Azalea Week (the few fleeting days when the entire property is covered in pink and white blooms). Went to the World Peace Summit in Chicago (during Prep Week—#priorities) with four other students; met Nobel winners, including Jody Williams and Chaeli Mycroft (and her cool mom). Received an invitation to the Honors Convocation but had no idea what award I was to receive; as I sat in the pews, I scoffed at/tweeted about the absurdity of the leadership award designated for females only—“how sexist”—and then, humbled, received said award (truly an honor). 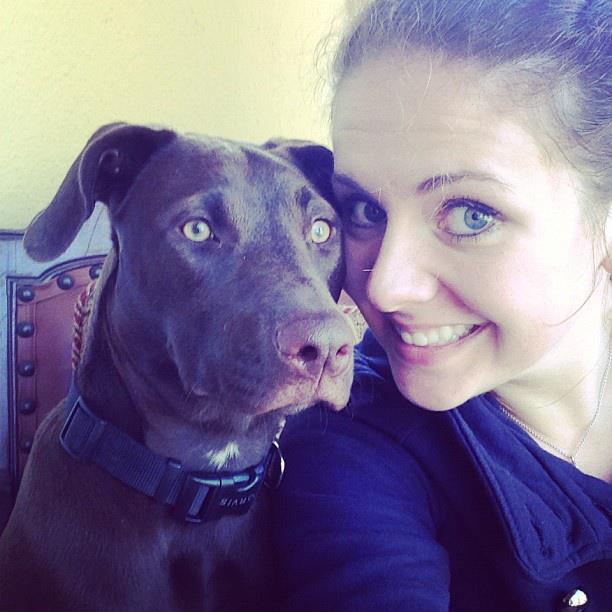 Sophomore year:
Moved into a house off-campus. Found a love for cooking, for feeding folks. Started anti-protesting (sharing pro-choice messages and refreshments) outside the Hope Clinic. Became the Arts & Entertainment editor for the school paper, The Conglomerate. Strived every day to be the Best Student Ambassador Ever, enthused about giving campus tours, going above-and-beyond to recruit students, even making and studying Centenary-history/-facts flashcards (I know). Volunteer tutored a first-grader. Babysat some more. Convinced friends to attend an Invisible Children event (global summit + march + party) in Washington DC; nine of us in a van drove twenty hours there and back within the course of one weekend (the best weekend of my life).

Spent the first week of the year (and the first week of the semester) in Kenya and Tanzania on photo safari with my dad. Returned to campus for wonderful classes, including “Creative Writing: The Craft of Poetry” with Dr. Havird, one of the best people I’ve ever known; wrote an ekphrasis that the Louisiana Poet Laureate deemed worthy of an honorable mention; realized that I’m actually not half-bad at this whole “poetry” thing. Spent a long weekend in Chicago with Shea; cried the whole way home because I missed her already and was just so lonely at school. Learned that chaplain Betsy Eaves, a personal hero of mine, was being forced to leave Centenary; cried and yelled and then spent an entire day (skipped class; my professors understood) crafting an op-ed that created beautiful uproar and provoked an upper-level administrator to write me a very unprofessional email (my faculty proceeded to shame him for said email, and the administrator later half-heartedly apologized). Raised hell on campus by helping to orchestrate an anti-administration, pro-faculty/-staff/-students demonstration (all day, in the cold wind and rain).

Took intensive beginner French during the Maymester. Got a call one night, alerting me that my family had been in a car crash and my twelve-year-old brother was severely injured and had to be airlifted to a nearby children’s hospital; held his hand while he suffered through excruciating pain (first physical; then emotional, when he realized he’d be in a full back-brace for three months). Met Mick Fleetwood at a Fleetwood Mac Concert. Met Susan Orlean at the Mayborn Writers’ Conference. Went paragliding. Went to the 2013 Fourth Estate Summit in Los Angeles; while there, I got tattooed again, pledged to raise $5,000, witnessed amazing speeches (including Samantha Power’s first speech as ambassador), and made lifelong friends. Spent the week after the conference exploring San Francisco with brand-new friend Stephanie Vern. 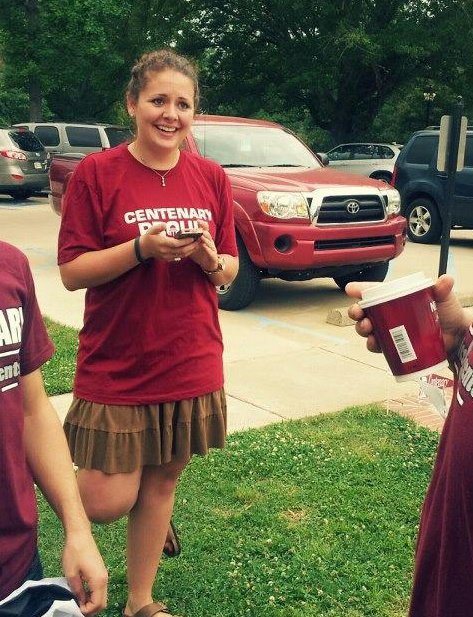 Junior year:
Returned to school as the editor-in-chief of the paper; produced a beautiful and controversial paper thanks to a young and dedicated staff. Decided to fundraise for IC through hard work—through on-campus jobs, off-campus jobs, babysitting; my days were long. Lost my friend Maggie to a car accident; was heartbroken, devastated, and determined to honor her with my life. Grieved while I worked; somehow managed to raise (thanks mostly to an incredibly supportive community) over $20,000; dyed my hair pink in exchange for the donation that pushed my total over $20k. Invisible Children gifted me a trip to Uganda, to take place the following summer, so that I could see the programs I’d worked to fund.

Became a substitute teacher; went to class Monday through Thursday and subbed on Fridays. Badly sprained my ankle; was on crutches for weeks. Had a beautiful t-shirt made to honor Maggie; sold them and raised over $4,000 for a scholarship fund in her name. Received some really bad news that threw me (and my mental health) for a serious loop; grasped for stability, peace. Finished out my term as editor-in-chief. Quit all of my jobs. Babysat and coached soccer every chance I got; time with kids supplied my oxygen. For the first time ever, just tried to pass my classes (no energy for perfectionism). Lobbied my representatives on behalf of Invisible Children. Helped host a “Last Lectures” series for the many faculty members who were leaving Centenary due to the growing corruption of the administration; it was one of the most beautiful events I’ve ever attended, let alone organized.

Went on May Module to Greece with Dr. Havird; roomed with two of the coolest women I’ve ever met and wished the entire trip that I’d met them years earlier. After two weeks, flew from Athens to Tel Aviv, where I met my grandfather; traveled all over Israel and after ten days left my heart in the Dead Sea. Spent a few days at home and then met new friend Emily Ip in San Diego, where we explored, ate ice cream, and hung out with friends Meg Fagundes, Jake Harris, and Katie Waters. Flew from SD to Uganda with fifteen incredible women, ages 17 to 40+. Lauren Manning, IC’s ex-pat stationed in Gulu, traveled with us all over the country, acting as an incredible host/guide and becoming one with the group (I miss all sixteen of them). Rafted and bungee jumped over the Nile (the latter thanks to Jaclyn Licht, who volunteered to jump with me after I had a full-fledged, horribly humbling meltdown). Flew home, took a mind-numbing summer class in Texarkana, and then headed back to La Jolla, where I attended the Fourth Estate Retreat, an intimate gathering of activists; we swam in the ocean fully-clothed, met with some of our heroes (looking at you, Shannon Sedgwick Davis and Bob Goff), laughed, cried, brainstormed, and made more lifelong friends (at an IC event? Imagine that). Went home, slept a little, and then went on a cruise with the family: enjoyed the beauty of Honduras, swam with sharks and rays in Belize, and danced in the streets in Cozumel. 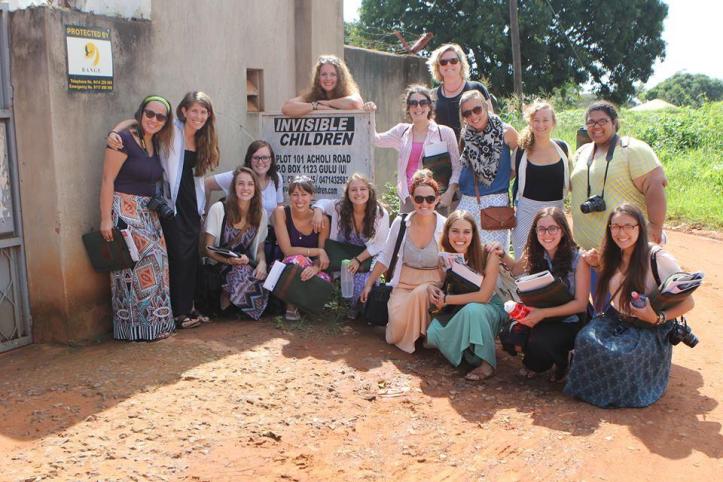 Senior semester:
Started my final semester—classes, babysitting, applying to graduate schools for elementary education. Commissioned another beautiful t-shirt to fundraise for the Maggie Minter Scholarship Fund and organized an event to commemorate the first full year without her; raised a couple thousand dollars. Learned the very next day that a young Fourth Estate friend, Annika, had died by way of suicide; mourned, sent her family a letter, held virtual hands with our mutual friends who are scattered all over the world. Checked out for Fall Break a day early, flying to visit Shea, who is studying this semester in London; bad weather and incompetent employees almost made me miss my flight (I boohoo-cried in Shreveport Regional), but thanks to my brilliant mom and the alignment of the stars, I made it to London on-time. Spent two days there and then flew to Berlin, where I was reunited with my exchange sister, brother-in-law, nephew, and new niece. My five-day European excursion was everything I needed. Flew home and was back on the grind, trying desperately just to finish school. Found out that a long-term substitute position would be opening up at St. James Day School, my “alma mater” of a primary school; the headmistress couldn’t offer me the job, she said, but had “something else in mind”—that vague email arrived on a Monday. The following Friday, I was offered my dream job—a full-time position as the school-wide computer technology teacher. Quit applying to graduate programs; began preparing for my first day of work on January 5th. Tried to stay focused on school until the final day. Was writing a paper in the library when, right outside the window, an armed mentally ill man was shot and killed by DPS; I watched them try and fail to resuscitate. 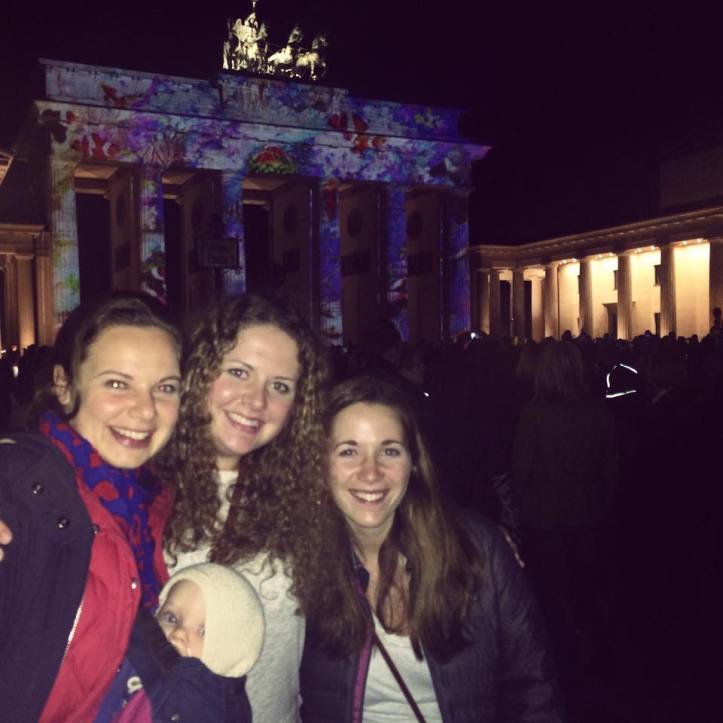 Tomorrow is the first day of my final Prep Week. In twelve days, I’ll no longer be a college student. Then I’ll have sixteen days to move home, rest, and prepare before I start my first Real Grownup Job. I’m a little in denial and a lot excited. I can and can’t believe that in twelve days, this act will conclude. These three-and-a-half years have been incredible (so much travel, activism, wise mentors, friends all over the world) and really, really, really hard (death, trauma, loneliness). It’s not like I made a ton of friends here in Shreveport or at Centenary, but I will miss with my whole heart the few friends I did make, my professors, and the kids I babysit—and I’ll miss Shreveport itself. It’s only an hour away (thank you, newly-completed I-49), and I know I’ll be back to visit, yada yada—but still. It’s weird. There’s so much I want to leave—and there is so much awaiting me in Texarkana—but the few things/people I love in Shreveport, I really love.

I don’t have any profound conclusive words (which is fine, because nobody is going to actually read all 2,000ish words of this bad boy blog post), but I will be in the next few days writing a post about my favorite things about Shreveport/Centenary—a sort of guide for freshman, etc. It will be way shorter and more relevant to, like, people other than myself.

P.S. Excuse any errors/bad writing/whatever. I am not about to edit this honking thing; I have schoolwork to do.
P.P.S. I totally missed some stuff; forgive me.